Welcome back to another blog in the Myth Busters series! It is here that we will be looking at common piercing myths. This week features the history of the Prince Albert piercing and where it got its name.

When it comes to intimate piercings, the Prince Albert, or the PA, may be the first male piercing you think of. Placed on the underside of the head of the penis and through the urethra, generally with a ring, it is notorious in the modification industry for having quick healing times and desirable results. The Prince Albert was popularised in modern piercing in the early 70’s by Jim Ward, an influential body piercer based in Los Angeles (he also features in our blog post here https://roguepiercing.co.uk/2020/06/05/myth-busters-which-side-is-the-gay-side/). But where did it get its infamous name? Doug Malloy, a friend of Ward’s, is said to have created a pamphlet in which he wrote stories of the piercings they performed, but many say they were just urban legends. To look further into this, we must ask – who was Prince Albert, anyway?

Albert, Prince Consort, was born in 1819 and was married to Queen Victoria of the UK. Together they had 9 children and he supported the Queen throughout her reign. Initially reluctant towards the role of Prince Consort and the lack of power he had, Albert became known for supporting public causes such as educational reform and abolishing slavery! One of the rumours that Malloy wrote in his pamphlets was that Prince Albert invented the legendary piercing to hide his large penis in his tight trousers. If only they thought of this in the 70’s!

There are many stories about how it got its name, from the theory that Prince Albert himself had Peyronie’s disease and used the piercing to straighten his penis, to the general public tying down their penises to hide their erection from the Queen’s daughters. Legend also has it that Prince Albert used the piercing to pull back the foreskin to keep his member sweet-smelling so as to not offend the Queen. How considerate!

The Prince Albert is clearly a historical piercing. It is difficult for anyone to say how exactly the piercing got its name, however the most likely theory is that Victorian haberdashers called it the “dressing ring” and used it to firmly secure male genitalia to the more comfortable leg. It was very popular in those days for men to wear extremely tight trousers and the piercing helped minimize visible endowment.

It is most certainly an interesting piercing that has been the subject of a lot of speculation throughout the years. But whatever the reason is, it is a timeless piercing that many people enjoy across the globe, and is just one of many intimate piercings that are available! Please check back again for another blog in the Myth Busters series. If you have any interest in getting an intimate piercing, please give us a call or a message to talk about your options. 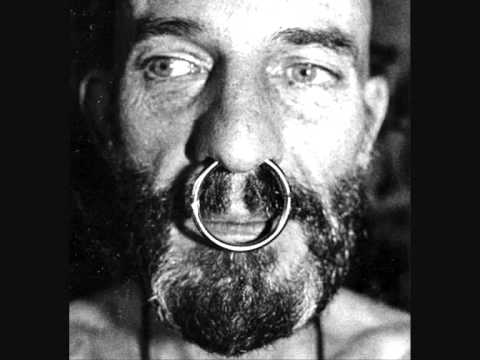 Welcome to the first blog post in our Myth Busters series! In this series we will investigate some of the most popular piercing myths around and get to the truth about them! As it is Pride Month, our blog post poses this question: Which side is the gay side when you are getting your ears or nose pierced? A common question, and one we’ve heard more than a few times in the studio! But to give an accurate answer, we have to go into a bit of history…

The piercing world has been and continues to be closely linked with the LGBTQ+ community. In fact, they are so closely linked that Rogue wouldn’t be here if it wasn’t for a small niche gay community in the United States that practiced piercing on each other in the 70’s! Some gay body piercers and body modification enthusiasts have even made it to the Leather Hall of Fame for their prolific work that lead them to be the icons they are. Let’s take a look at just three influential gay piercers of history!

Jim Ward gained recognition for pioneering body jewellery such as BCRs and Barbells. Inspired by a German peer, he took the idea of threaded pieces back to the States and introduced it to his clients in the mid Seventies. Before this, people were using much more ‘unorthodox’ methods of piercing each other, making piercing a whole lot safer with Ward’s innovative jewellery. In 1975, Jim opened his studio The Gauntlet and drew in clientele from the gay and fetish community before opening to the general public three years later. The Gauntlet was considered one of the first piercing studios in the world and was at the forefront of the birth of modern day body piercing.

Alan Oversby, otherwise known by his professional name Mr Sebastian, is very dear to us here at Rogue. Mr Sebastian was close friends with Jim Ward as well as other members of the gay community in the 70’s. Financially supported by a Hollywood friend, Mr Sebastian would visit LA to see Ward and friends as well as having them visit him at his home in London. This friendship is what brought body piercing to the UK. Being in the time before the internet, it was a fantastic opportunity to share knowledge with each other to help the progression of piercing. He was also involved in the Spanner Case which still affects the piercing industry today!

Luis Garcia began his piercing career in 1991 in Florida. After moving to Philadelphia in 1998, he began to expand on his knowledge in piercing and specialised in large gauge piercing and ear projects. Luis is an active member of the APP and has gifted others with his knowledge in piercing at many conferences world wide, including the first piercing conference in Mexico, the Latino-American Body Piercing (LBP) Conference. He has won awards for his outstanding dedication to the industry, including the APP’s Josh Prentice award and even a piercing competition run by Industrial Strength, one of our suppliers!

As you can see from our history, when it comes to the original question, technically both and neither sides are the gay side! Modern day body piercing simply wouldn’t exist without the gay community. That is why we are passionate about supporting Pride and LGBTQ+ rights, now and always.  If you want to get a piercing then get it, the only thing that will change is you will have a new piercing.

Keep an eye out on our blog for future posts in the Myth Busters series where we debunk myths like the origination of the piercing name Prince Albert and more!

**Due to Tier 4 Restrictions, we are closed.** Our webstore is still available for the browsing and purchase of jewellery. For queries, contact us via email or instagram. Dismiss